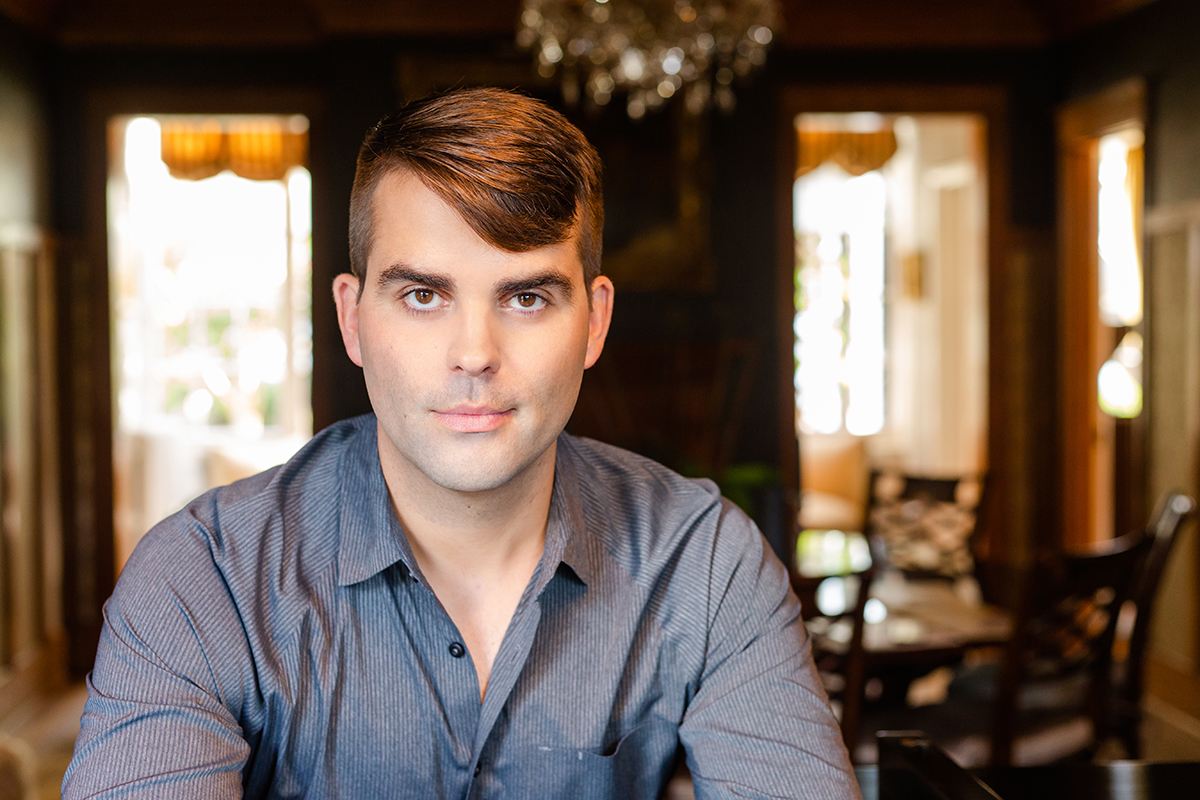 LUKE FRAZIER is changing what it means to be the maestro of a cutting-edge orchestra. He is an innately musical conductor, a sensitive and brilliant pianist and a visionary for presenting music we know and love with a fun, energetic and unique twist. Washingtonian Magazine named him one of their “Top 40 Under 40,” and most recently named 5 of Washington, DC’s “Men on the Move” by Modern Luxury.  Pulitzer Prize-winning composer and musical theatre legend, Marvin Hamlisch is quoted as calling Frazier “…so talented, and sensitive to every nuance.”

As founder and Music Director of The American Pops Orchestra (APO), Frazier has set the bar high for popular orchestral programming. His past seasons have brought Broadway, television and even Olympic stars to the stage alongside APO to dazzle his new-found audience of young, first-time attendees and long-time orchestra patrons alike. Each show is built from the ground up with original arrangements and innovative staging, all brought to life by a cast of stars, acclaimed and upcoming, to deliver what every audience wants to experience- a night they won’t forget!

Frazier doesn’t spend all his time conducting The American Pops. He has earned his stripes conducting across the country and abroad. He has conducted at internationally acclaimed venues including Lincoln Center, Carnegie Hall, The White House, Kravis Center, The Kennedy Center and more. He is an avid proponent of the preservation and celebration of the American Songbook, as evidenced by his orchestral programming, his iTunes playlist, and his yearly tours to underserved schools in Appalachia. He has also recently joined the board of the NY Festival of Song and is an Artistic Advisor for the Capitol Conversation and Performing Arts Series in Washington, DC.

APO’s Music and Mindfulness series consists of 3-practices pairing yoga with live orchestra music. Original scores weave together familiar, popular tunes in a serene and contemplative style with yoga led by instructor, Dan Carter. Come to Arena Stage at the Mead Center for a fully immersive meditative practice that will rejuvenate you for the week ahead.

The American Pops Orchestra (APO) has been hailed by DC Metro Theatre Arts as an “innovative group of artists [that] are reinvigorating the tunes you know and love with a contemporary flair that never fails to please.” APO is dedicated to the vast, rich repertoire of American music and to creating fresh, entertaining programming. These modern takes on classic music define what makes APO fun, fresh and funky. DC Metro Theatre Arts continues “With the Pops continually raising the bar with its programming, it is guaranteed that we will continue to be astounded.”

Since its inception in 2015, The American Pops has made its mark in the orchestral world, performing at world-class venues such as Lincoln Center, the Kennedy Center, New York City’s Town Hall, the Smithsonian, the Anthem and many more.  After a critically successful third season, APO is gearing up for a record-breaking, ten-show 2018-2019 season. APO is bringing its critically acclaimed musicianship and its focus on diversity (in both music and casting) for another season that is sure to dazzle its sophisticated audience of first-time orchestra attendees and long-time pops music lovers alike.

The American Pops Orchestra is comprised of the most excellent players in the Washington, DC area and even boasts a few players from New York City. They feel equally at home playing everything from Gershwin’s sweeping melodies to 80’s disco music accompanied by a live DJ. According to The New York Times in reference to their NYC debut, “what warmed the evening was the sumptuous lilt of the American Pops Orchestra, conducted by Luke Frazier.”

Aside from APO’s musical excellence, APO is an orchestra who cares. It is the firm belief of founder, Luke Frazier, that music is a right for anyone who wants to hear it. Frazier has led the organization to provide free, monthly community concerts and offer free tickets to military veterans and their families, at-risk children and youth, underserved families and many others. Frazier’s vision to reinvigorate the Great American Songbook is contingent on bringing this iconic music to all members of the community and beyond.

APO has established itself as the go-to orchestra for high-profile performances- which include (but are not limited to) the Hispanic Heritage Awards, nationally broadcast on PBS; The Atlantic Council’s Distinguished Leadership Awards; Kennedy Center Honors Chairman’s Luncheon; theatreWashington’s Helen Hayes Awards; The Giving Pledge at the Smithsonian Institute’s National Museum of American History; the Beacon Prize, given by Human Rights First to honor commitment to the American ideals of freedom and human dignity; and the DC Standing Ovation Awards, celebrating excellence in the DC Public Schools.

NOUVEAU PRODUCTIONS is a full-service production and events company, specializing in the producing of live events, domestic and international conferences, procurement of entertainment, artistic direction and event management services for some of the most significant institutions around the world.

Leave a message for Luke below.

Thank you! Your submission has been received!
Oops! Something went wrong while submitting the form.

Luke is thrilled to have joined an incredible line-up of distinguished men across the creative and business spectrums on Modern Luxury's newest digital desitination, MensBook.com

MensBook.com is a luxury lifestyle digital destination and events platform from the editors of Modern Luxury. MensBook.com is the authority on luxury and discovery for men, providing highly curated content and storytelling that resonates nationally with authentic local expertise. At launch, MensBook.com will be covering 18 prominent cities across the U.S., it is the go-to for the finest products the luxury market has to offer and features the latest in fashion and grooming, travel and culture, food and drink, watches, auto, interior design, and more from around the world.